I thought it might be useful to gather these resources together in one place, for those who are interested. 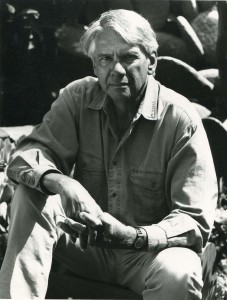 ‘Frank Espada (1930-2014) was an iconic figure in Puerto Rican history, art, and education. His Puerto Rican Diaspora Documentary Project was unprecedented in scope, at once a celebration of our culture, and a powerful political statement.’

“He taught us to see ‘los olvidados’ (the forgotten ones) through loving eyes. He taught us that a photographer’s generosity of spirit endears him to his subjects and unlocks their stories.” – Susan Rutberg

A Sketch of Frank Espada’s Life, accompanied by his photographs

An article on my father, and his mentor, From Eugene Smith to Frank Espada

‘Frank Espada, more than anyone else, continued Smith’s humanist vision of documentary art…’

In his own words: A short story of my life until now

The History of the Puerto Rican Diaspora,

and here is a slideshow with his photographs and music by John Santos. This was prepared for the Tribute to Frank Espada  that was hosted by John here in San Francisco, in 2015.

Here is the event’s announcement made in El Tecolote:

Celebrating the Legacy of Frank Espada

and here is one article they published on his life and work in 2014:

The Affectionate Lens of a Puerto Rican Documentarian

Here are my Essays on the Frank Espada Archive. This includes the following post about my journey with his art:

An interview with Frank Espada, at El Museo del Barrio, in 1983.

This was produced for the New York television station program, Visiones, hosted by David Diaz. In this interview, he speaks about the Puerto Rican Diaspora Documentary Project, and comments on a number of specific  photographs.

Well done, with a lot of affection.

Produced by WITF television. In this, he speaks about the aims of the Diaspora Project.

‘What is going to save us is our inner strength…’

Frank Espada give this interview to the Arts program Panorama, in Upstate New York, in 1991. In it, he describes his historic Puerto Rican Diaspora Documentary Project. He speaks in no uncertain terms about the struggles of Puerto Ricans in this country, political leaders without legitimacy, and erasure. Everything he said 28 years ago stands true today.

Frank Espada teaching at home, in 2002

The Aesthetics of the Fine Print, at the Academy of Art College, in 2003

I have two articles on Latino Rebels that highlight the importance today of his art, in documenting our history.

The first is Reframing America’s Modern Day Colonialism – Puerto Rico in Context in 2017;

and the second, Puerto Rico Update – A Personal Reflection, begins:

If we want to talk in any kind of meaningful way about Puerto Rico in 2019, we need to know its history. Our present is on a continuum with the past, and when we know where we came from, we can identify those forces that are at work now. Now more than ever when it comes to Puerto Rico, we need this kind of knowledge…

The Center for Puerto Rican Studies has interviews with Luis Garden Acosta and Dylcia Pagan that tell something of his history, and importance as an activist and organizer in New York in the 1960’s

I have also recently discovered a couple of complete interviews:

An Interview with Frank Espada by Sue Supriano, 1988

This is from The Freedom Archives here in California,

An Interview with Frank Espada by Lisa Espada_1980

From the New York Times Lensblog, by David Gonzalez:

Goodbye to A Teacher, by Ihtisham Kabir, The Daily Star, 2014

What Would Frank Espada Do?, by Edwin Rodriquez, 2017

In May 2009, the Library of Congress purchased a collection of 83 vintage prints from the Puerto Rican Diaspora project.

And in 2010, Duke University acquired a representative selection of photographs, and a portion of his papers.

Frank Espada’s photographs were part of the Smithsonian exhibition that opened in Washington in 2017, and at El Museo Del Barrio in New York in 2018, titled Down These Mean Streets: Community and Place in Urban Photography.

In this video, Smithsonian curator Carmen Ramos speaks about his photography, as well as a few of the other artists represented in the exhibit.

He can also be heard online, on Democracy Now’s 2007 program about Puerto Rico; and my brother did a PBS interview in 2016 where he reads some of his poetry at the Smithsonian American Art Museum. That is prefaced by an introduction to my father’s career, with photographs.

He is also mentioned in or included in these works:

The Battle for Welfare Rights: Politics and Poverty in Modern America, by Felicia Kornbluth, University of Pennsylvania Press, 2007;

{Note that we cannot recommend the book Puerto Rico is in the Heart, by Edward Carvalho, since there were so many inaccuracies in it, as well intended as it may have been when it was first conceived. My father resolutely rejected the final outcome.}

The Drug Abuse Industry and the “Minority” Communities: Time for Change, an article by Frank Espada, on behalf of The National Association of Puerto Rican Drug Abuse Programs; From Handbook on Drug Abuse, Robert I. Dupont, M.D., et. al., 1979, pages 287 to 300.